Our Church is part of the Catholic Diocese of Portsmouth,
covering Hampshire, Berkshire,
part of Oxfordshire and Dorset,
the Isle of Wight and the Channel Islands.
We form part of the local Deanery of ​Saint Wilfrid,
which covers South East Hampshire
and the Isle of Wight

On December 27, 1673, the feast of St. John, the Beloved Apostle, Margaret Mary reported that Jesus permitted her to rest her head upon his heart, and then revealed to her the wonders of his love, telling her that he wanted to make them known to all humankind. From 1673 to 1675, Christ appeared to her in a series of mystical visions. Like St. John the Beloved, she was allowed to rest her head on Jesus’ breast, and he revealed to her his passionate love for all humanity and his sorrow at the world’s indifference.

"And He [Christ] showed me that it was His great desire to be loved by all people and to withdraw them from the path of ruin that made Him form the design of revealing His Heart to all people, with all the treasures of love, of mercy, of grace, of sanctification and salvation which it contains, in order that those who desire to give Him all the honour and love possible, might themselves be abundantly enriched with those divine treasures of which His heart is the source." (from Revelations of Our Lord to St. Mary Margaret Alacoque)

​At first, her community questioned her mystical visions. Margaret Mary was overcome by anguish and uncertainty. However, the Lord had promised her that he would send her "my faithful servant and perfect friend" to help her fulfill the mission for which he had destined her: that of revealing to the world the unfathomable riches of his love. God sent her a gifted spiritual director, the Jesuit priest St Claude de la Colombiere SJ. He recognized the authenticity of her extraordinary experience and helped her spread the devotion to the Sacred Heart of Jesus, helping others to experience the wonderful love of Jesus, His ‘ocean of mercy’, in the Eucharist. The devotion to the Sacred Heart was fostered by the Jesuits and was officially recognised by the Church 75 years later.

​Support our Parish.
Buy your religious goods from Holyart.co.uk
Click on the links below. 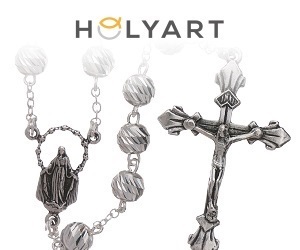 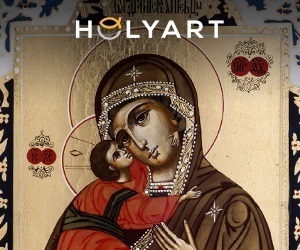